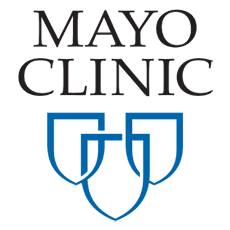 The Mayo Clinic website provides a wealth of information regarding dementia in general, followed by more specific information on specific types of dementia. 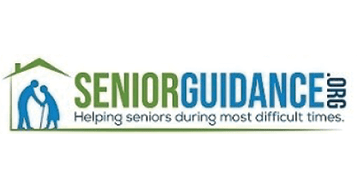 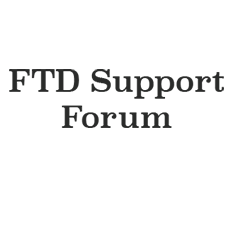 The purpose of this forum is to provide a place for safe and secure communications for people who have been diagnosed with FTD and those who care for loved ones with FTD.

The Alzheimer’s Drug Discovery Foundation’s mission is to rapidly accelerate the discovery of drugs to prevent, treat and cure Alzheimer’s disease. 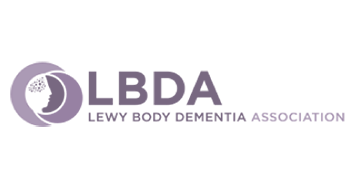 The Lewy Body Dementia Association (LBDA) is a 501(c)(3) nonprofit organization dedicated to raising awareness of the Lewy body dementias (LBD), supporting people with LBD, their families and caregivers and promoting scientific advances. The Association’s purposes are charitable, educational, and scientific. 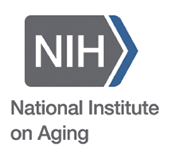 The National Institute on Aging (NIA), one of the Federal Government’s National Institutes of Health and part of the U.S. Department of Health and Human Services, conducts and supports research about health issues for older people, and is the primary Federal agency for Alzheimer’s disease research.  This site includes information compiled by the Alzheimer’s Disease Education and Referral (ADEAR) Center, which was created by Congress in 1990 to “compile, archive, and disseminate information concerning Alzheimer’s disease” for health professionals, people with AD and their families, and the public. 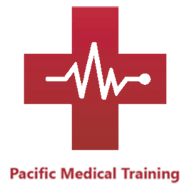 This site is great one-stop resource with Alzheimer’s statistics, symptoms, and how to help a dementia sufferer in an emergency situation.

MemoryCare.com uses a dual approach of data-driven research and first-hand knowledge from aging experts, medical researchers, and its board of advisors to help caregivers and those living with dementia find the best memory care facilities. 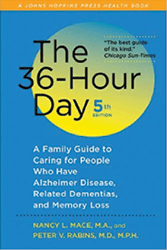 Originally published in 1981, The 36-Hour Day was the first book of its kind. Thirty years later, with dozens of other books on the market, it remains the definitive guide for people caring for someone with dementia. Now in its 5th edition, this best-selling book features revised chapters on the causes of dementia, managing the early stages of dementia, the prevention of dementia, and finding 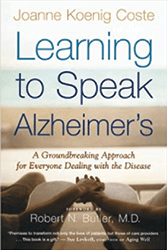 Learning to Speak Alzheimer’s: A Groundbreaking Approach for Everyone Dealing with the Disease

Dr. Joanne Koenig Coste offers a practical approach to the emotional well-being of both patients and caregivers that emphasizes relating to patients in their own reality. Her accessible and comprehensive method, which she calls habilitation, works to enhance communication between care-partners and patients and has proven successful with thousands of people living with dementia. Learning to Speak Alzheimer’s also offers hundreds of practical tips for dealing with the disease of dementia. 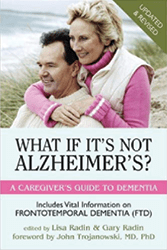 What If It’s Not Alzheimer’s?: A Caregiver’s Guide to Dementia

This book is an excellent reference for those families dealing with a loved one suffering not from Alzheimer’s disease, but from one of the other types of dementia, with a particular focus on frontotemporal dementia (FTD), one of the largest groups of non-Alzheimer’s dementias. The 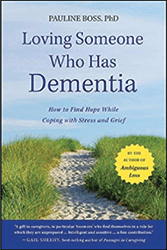 Loving Someone Who Has Dementia: How to Find Hope while Coping with Stress and Grief

This book focuses on the emotional impact of loving someone with dementia and about how to manage on-going stress and grief. The book is for caregivers, family members, friends, neighbors as well as educators and professionals—anyone touched by the epidemic of dementia. Dr. Boss helps caregivers find hope in “ambiguous loss”—having a loved one both here and not here, physically present but psychologically absent. 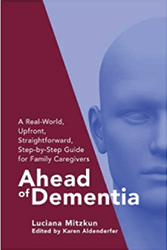 Caring for a loved one with dementia is a great challenge: it requires resilience, creativity, careful planning, and knowledge of the multiple aspects of dementia care. This book brings a comprehensive overview of what family caregivers need to know to identify and manage dementia symptoms, make wise plans for future care, and avoid costly mistakes as dementia progresses. Pragmatic, concise, and straight to the point, yet with poignant anecdotes and compassionate wisdom, Ahead of Dementia is a valuable tool for those who want to know how best to help their loved ones while also caring for themselves.

2020:
Scientific American: 'The Menopause Connection' discusses why female's are more at risk than men for developing Alzheimer's disease.

2019:
Medical News Today: New research on how light therapy could protect the brain from dementia
60 Minutes: Reporting on frontotemporal dementia (FTD)
Science Daily: Tracking the most recent articles regarding scientific research into dementia.

2018:
World Alzheimer's Report: The state of the art of dementia research: New Frontiers.
Spring Activity guide from Active Minds, a UK-based organization devoted to improving the lives of those suffering from dementia.
Pfizer Halts Research Into Alzheimer’s and Parkinson’s Treatments

2016:
Pharmaceutical Seeds: Drug development is on the rise in Pittsburgh, but there’s room to grow.

2013:
A Third of U.S. Seniors Die With Dementia, Study Finds: Statistical article from March 2013 regarding the financial impact of dementia on our society.
How to defeat Alzheimer’s: Finding effective treatments could avert a healthcare disaster. But where’s the money?
Research Forgotten by Budget Cuts

2012:
The Vanishing Mind: An excellent series of articles from May 2012 in the N.Y. Times regarding the emotional impact of dementia.