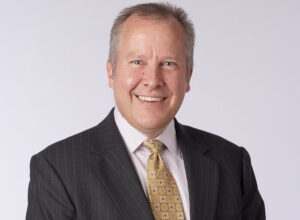 Matt is a founding member of Clear Thoughts Foundation (CTF).  He is a trial attorney with the law firm Burns White, where he co-chairs the firm’s Construction Law practice group. He has significant experience in all aspects of construction law, including construction bid protests, construction contract review and drafting, prosecuting and defending construction delay, acceleration, inefficiency claims and construction payment disputes (including bond and mechanics’ lien issues). He has represented clients in trials and hearings before various courts, administrative tribunals, and alternative dispute resolution forums, including the Supreme Court of the United States, numerous United States District Courts and Courts of Appeals, various state courts, the Pennsylvania Board of Claims, and the American Arbitration Association. Mr. Jameson has been listed in The Best Lawyers in America® in the Construction Section since 2007 and in the Litigation – Construction Section since 2012. He has also been recognized as one of Pennsylvania’s top lawyers since 2005, according to an annual survey published in Philadelphia magazine. He frequently writes and speaks on construction law topics.

Background
Mr. Jameson graduated from the Pennsylvania State University with a B.A. degree in 1988. He received his J.D., with honors, from the Rutgers University School of Law-Camden in 1992. While at Rutgers, Mr. Jameson served as Editor-in-Chief of the Rutgers Law Journal, where he also published two articles. In 1991, Mr. Jameson won the Judge James Hunter III Memorial Advanced Moot Court Competition. Prior to joining the firm in 1993, Mr. Jameson served a one-year clerkship with the Honorable Michael Patrick King, Presiding Judge of the Appellate Division of the Superior Court of New Jersey.

Personal
Mr. Jameson resides in Hampton Township with his wife Danelle, and their three children, Caitlin, Sarah, and Declan. Among his civic activities, Mr. Jameson has served as the attorney advisor for Hampton High School in the state-wide Mock Trial Competition sponsored by the Pennsylvania Bar Association. He has also frequently presented an educational program prepared by the Allegheny County Bar Association to local elementary schools. He has also been active in the North Hills and Downtown YMCA, and in coaching various Hampton Township athletic teams.