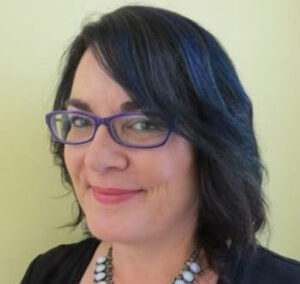 Lisa brings to Clear Thoughts Foundation her personal experiences of dealing with the tragedy that comes from having lost both her husband, Matthew, and her father-in-law, Frank, to Fronto-Temporal Dementia. After graduating from The University of Michigan and then marrying in 1989, Lisa and Matthew began building a happy life together full of travel, music, and dear friendships, and were lucky to have spent an entire year circumnavigating the globe side by side. When they were ready to settle down, they were blessed with two incredible daughters, Olivia and Ruby, and Matthew loved working as a doctor in the Pittsburgh area while Lisa stayed home with their girls and continued pursuing her passion as an artist. In 2000, when Matthew’s father died after suffering for several years with an aggressive form of dementia (which was later diagnosed in an autopsy as FTD), they had no warning that Matthew would also become ill from the same disease ten years later at the incredibly young age of 45.

Matthew passed away shortly after his 50th birthday in 2015, leaving behind a family devastated by the effects of FTD. The couple had just celebrated 25 years of marriage, the last five of which were spent struggling to adjust to the ever-changing symptoms this disease wreaks upon its victims. FTD took away Matthew’s personality; his ability to first read and write, then speak; his knowledge of how to care for his own body or even feed himself; and his mobility. Worst of all, it took away the future Matthew deserved to enjoy as a father to his daughters: who were just 8 and 11 when he had to retire from his medical practice, and young teenagers when he was moved into a memory care facility. Even as debilitated as he was, though, Matthew’s eyes still lit up when he saw his girls walk in the door for visits; and it was this glint of his former self which gave Lisa the strength to carry on from day to day, although she feared the time when he would no longer recognize those who loved him so dearly. As it was, Matthew died with his wife and mother at his side before the next stage of the disease erased those most basic memories. His inevitable death was expected, for there is no other outcome at this time when one is stricken with fronto-temporal dementia, but it was still too soon to say goodbye.

Lisa has acted as a keynote speaker for the Pittsburgh Alzheimer’s Association, and has participated in a video for Clear Thoughts Foundation to raise awareness of fronto-temporal dementia and its effect on families.

In Lisa’s words ….“Finding a cure for FTD is on my mind each and every day. At any age the diagnosis is devastating, as I have witnessed in the loss of my father-in-law, who was in his mid-sixties when he died. Few people are aware that dementias such as this can also afflict younger men and women in the prime of their lives, but as the population grows this fact will unfortunately become increasingly common, with more and more families left reeling from this sad reality. I had no choice but to watch my school-aged children become caregivers for their father, and cannot explain in words how depressing and scary that was, and still is: because the repercussions of what life became for all of us will forever be part of our very being. Losing a loved one to FTD means grieving for years and years long before death ever takes place. It is one thing to HOPE for a cure, or at least a treatment which will slow down the progress of dementias such as FTD, but we must all DO something if we really expect that miracle to occur. I was married for half my life to a doctor, and know that funding research is the answer. I am proud to be affiliated with Clear Thoughts Foundation for the sake of my children, and my children’s children. Clearly, we are on the right path to finding a cure.”